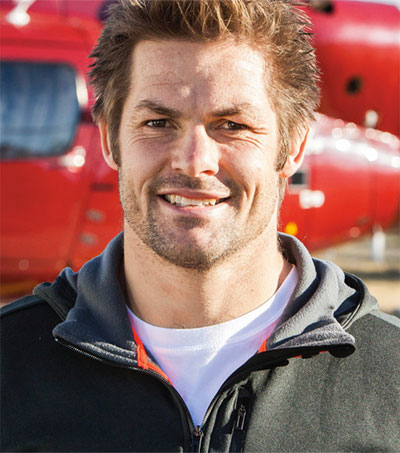 Richie McCaw Enjoying Life Away from the Fast Lane

The air has become the place where two-time World Cup-winning All Blacks captain Richie McCaw has become most comfortable since he hung up his boots for the final time on Halloween night, 2015.

He’s a commercial pilot now and he’s racking up the hours, dividing his time between the 80 per cent spent helping to run Christchurch Helicopters, the company he part-owns, and attending sponsorship engagements in what is a legacy from his previous life.

His new job puts him in pressurised situations where decision-making is key, but he dismisses the assumption that he has replaced like with like.

“I’m not rocking in at a level where you haven’t done your time, I’ve served my time in terms of getting my licence sorted and moving my way up through the different categories and experience and all of that. I got the challenge of being involved in the business and trying to build that, so learning and having a challenge is what I had and that’s what I’ve got with this.

“The high pressure and all that sort of stuff is different.”

It is in McCaw’s nature to just get on with things, and so it is that he is living his life to the full despite finishing a career that dominated every facet of his life for two decades.

Last year, a documentary about his final season was released entitled: Chasing Great, and in it he outlined his ambition to walk away having had no regrets, having gotten everything out of his career and hopefully with a second World Cup medal.

The film got its happy ending, the hero lifted the Webb Ellis Cup at the end, but 20 months on the question lingers: is going out at the top really all it’s cracked up to be? “It’s going to be difficult regardless, but I was really lucky,” he reflects.

“I got to finish when I wanted to, which not everyone gets to do. That can sometimes bring about regrets, but I didn’t have any.”