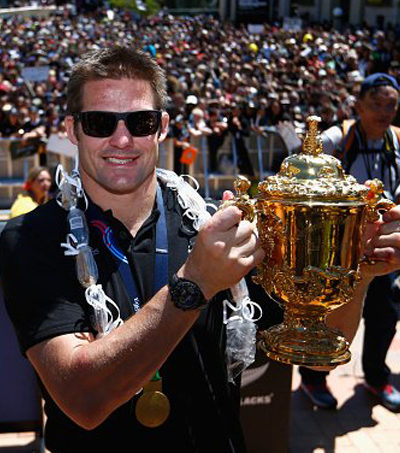 “All I did was play sport, really. Some of these people have done amazing things,” said McCaw.

“I’ve taken so much out of what I’ve been able to do. To be able to give back somehow, whatever field, that’s something I’m really keen to do.”

The former All Blacks skipper was honoured for leading the All Blacks to two consecutive World Cup wins, his stellar 14-year career as well as his work with charity iSport, Leukaemia and Blood Cancer New Zealand, and his fundraising efforts for the Christchurch earthquake rebuild.

Earlier in the evening, 18-year-old women’s world No1 golfer Lydia Ko won the coveted Young New Zealander of the Year award, which follows five LPGA titles in 2015 and last week’s win at the New Zealand Open.