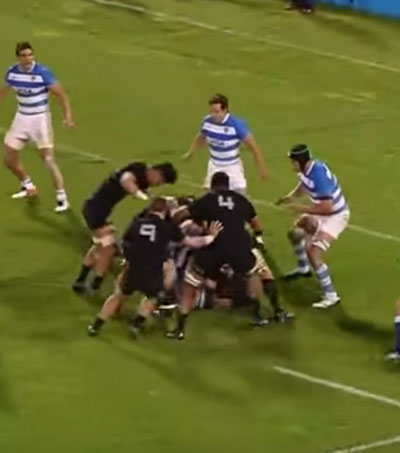 Pumas No Match for Unstoppable All Blacks

Title-holders New Zealand have made it five bonus-point victories out of five in this year’s Rugby Championship beating Argentina 36-17 in Buenos Aires in front of a 50,000-strong home crowd, South Africa’s Independent Online reports.

The comfortable nature of the win came as a result of a 4-minute spell at the end of the first half that saw the visitors score three tries.

In total, they crossed five times – through Anton Lienert-Brown, Ryan Crotty, Dane Coles, TJ Perenara and Ben Smith – with Lienert-Brown having a hand in Crotty, Coles and Smith’s tries to cap an impressive solo performance.

It was a wonderful first half for the All Blacks, who ran in four tries through Lienert-Brown, Crotty, Coles and Perenara for a 29-3 lead.

The onslaught continued soon after the break and again it was Lienert-Brown heavily involved as his tackle bust-and-offload sent in Smith. The fullback’s try was converted by Barrett as New Zealand moved 36-3 in front with 34 minutes still to play at Estádio José Amalfitani.