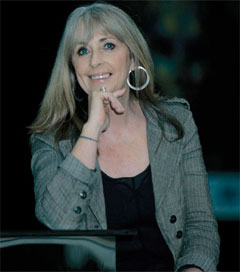 The event the New Zealander founded in the late 1980s features mind-bending costumes that use materials from finest silk chiffon to rusty kitchen utensils.

“It’s art-based, not your average catwalk walk-up-and-down scenario,” Moncrieff tells AFP. “We create an amazing sense of theatre to show off these incredible works of art that the designers have submitted.”

Moncrieff, already an institution in New Zealand with close links to the country’s burgeoning film industry, plans to take her World of WearableArt (WOW) vision onto the global stage, with Asia the first target market.

A small sampler staged in Hong Kong last year was a sell-out.

“It crosses cultures. You can take it anywhere in the world and people will appreciate it,” Moncrieff says.

Past WOW entrants have gone on to careers with major fashion houses and in the film industry, particularly Wellington’s Weta.

The Oscar-winning design studio, which worked on blockbusters such as Lord of the Rings and Avatar, now sponsors its own category in Moncrieff’s show.