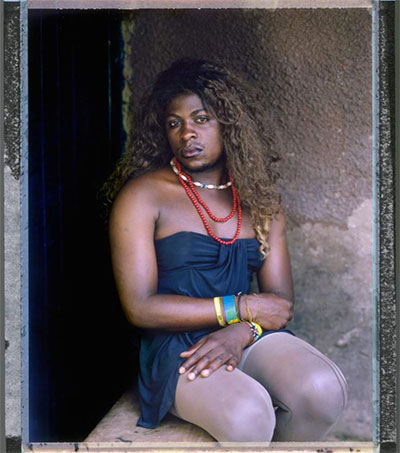 While producing Condemned, an in-depth look at how the mentally ill people are treated in several African nations, New Zealand photographer Robin Hammond believed that the mere act of making their condition visible would suffice to inspire his readers to enact change.

The fundamental shifts Hammond hoped for failed to materialise. Hence, upon the release of his following project Where Love is Illegal, which shares the stories of persecuted LGBTI individuals across the world, he made sure there was a way to capitalise on the otherwise fleeting emotional engagement.

“Up until then, I had just been showing readers that some things were wrong and leaving them to deal with that knowledge on their own. More often then not, they lose interest,” Hammond says.

With the help of a Getty Grant for Good, he launched an awareness campaign coupled with an organisation, Witness Change, where viewers can act in three ways: spread the word, donate or volunteer their skills.

Since its start in June, the initiative has gained steadily in popularity, garnering over 85,000 followers on Instagram.

Turning the likes, and the countless emails of encouragement, into more impactful deeds remains the main challenge. “I’m in unchartered territory so I have no idea how it will pan out,” Hammond admits. The first test: a campaign to raise the money needed to get four young Nigerian men charged with the “crime” of sodomy out of jail. Less than 24 hours after the appeal was posted on social media, he had collected enough to get them out on bail, hire a lawyer, and rent out a place for them to stay until the trial, as well as relocate them once and if the case is dropped.

As part of Hammond’s ongoing project documenting LGBT survivors of discrimination and persecution, he went to Uganda to photograph an eight-page feature and cover story for TIME.