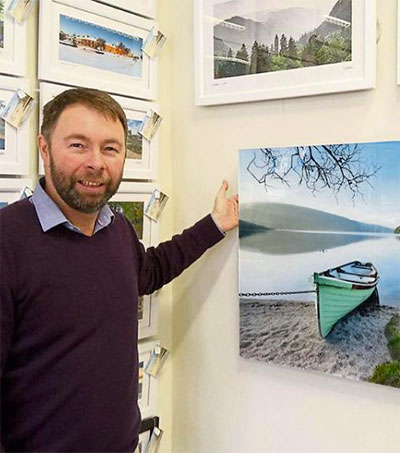 New Zealander Michael Anderton, who has set up a photographic gallery in Allenwood, has said that moving to the West Kildare village inspired him to develop his photography hobby.

As a younger man he lived the charmed life of working on fruit farms (apples and avocados) for the summers while travelling for the winters until he arrived in Ireland and started to earn more driving a truck than he did at home in the Hawke’s Bay.

“So I sold my business in New Zealand and settled down,” Anderton explains.

As well as deciding to settle down, he also decided to buy a proper camera and to get more serious about his photography.

He has travelled Ireland extensively, taking shots wherever he went – and he says that shots of the Wicklow mountains, in particular Glendalough and the Blessington Lakes always sell well.

But it was when he and his partner bought a house in the Allenwood area that things really took off for him.

He was immediately inspired by what surrounded him, and following great success in a pop-up shop in Clane in the run up to Christmas, 14 months ago he set up his shop in the village.

Anderton moved to Ireland in 2002.