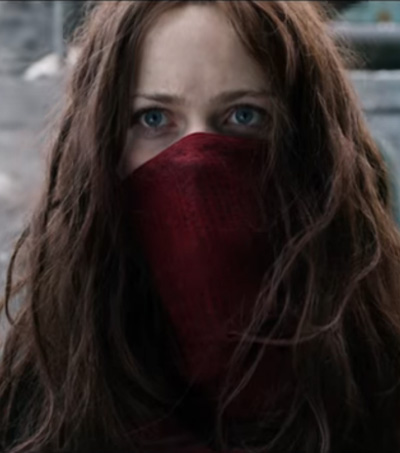 The first footage of Peter Jackson’s fantasy movie Mortal Engines, an adaptation of Phillip Reeve’s novel, has finally landed,” writes Jack Shepherd in an article for The Independent. Christian Rivers — who acted as visual effects supervisor on Lord of the Rings is directing the film. “The cast includes Lord of the Rings alumni Hugo Weaving, along with Stephen Lang, Robert Sheehan, and Hera Hilmar starring.”

“Christian is one of my closest collaborators. The combination of emotion and jaw-dropping visuals in Mortal Engines makes this the perfect movie for his move into feature directing,” said Peter Jackson after announcing the film.

“What Christian intends to do with Philip Reeve’s terrific story is going to result in an original and spectacular movie. I wish I could see it tomorrow!”

“Thousands of years after civilization was destroyed by a cataclysmic event, humankind has adapted and a new way of living has evolved.  Gigantic moving cities now roam the Earth, ruthlessly preying upon smaller traction towns,” reads the official synopsis.

“Tom Natsworthy (Robert Sheehan) — who hails from a Lower Tier of the great traction city of London — finds himself fighting for his own survival after he encounters the dangerous fugitive Hester Shaw (Hera Hilmar).  Two opposites, whose paths should never have crossed, forge an unlikely alliance that is destined to change the course of the future.”

Mortal Engines will be released at the end of 2018.