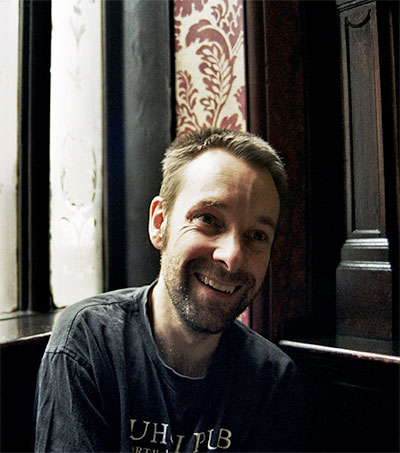 In his second novel New Zealander Paul Ewen “cranks up his deadpan satirical style through one Francis Plug, and catches a vast array of contemporary Booker prizewinners in his firing line,” Ben Myers writes in a New Statesman review of the London-based author’s book.

“Ewen’s [novel Francis Plug is a] hilarious account of the lonely lives of authors. It is a novel about those writers who attract fans so ardent that the work is never enough; those who insist on ‘following Mickey Mouse back to the changing rooms to smell the sweat of the red-faced puppeteer’.

“Plug is a memorable and disturbing comic creation, a perpetually drunk and deluded gardener with zero social skills. He lives alone; he loves whisky. Sometimes he carries with him excrement collected from the Mall (‘special delivery from the Queen’s horses’) to use as fertiliser.

“Plug’s commitment to his own literary career is perversely admirable: rather than waste his time writing, he trawls book signings and festivals to glean tips from a cast of ‘real’ Booker winners on how to be ‘a public author’ for a book that he is clearly never going to complete.

“He is a wonderful host … a cipher for an utterly surreal critique of the Booker Prize.

“As the novel concludes with a near-literal cliffhanger in the belly of the beast – the London Book Fair – Ewen’s dissection of literary life becomes almost too painful to watch. And as a result this might just be a modern comic masterpiece.”