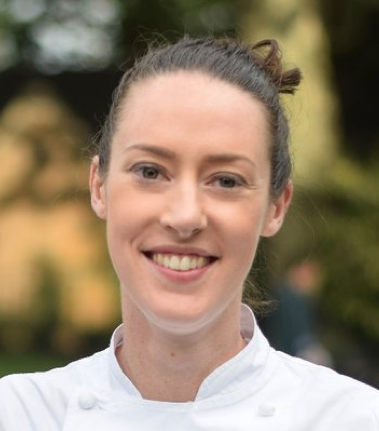 Her culinary tour starts at Avondale café Hare and the Turtle for a silky flat white, perfectly baked cinnamon buns and the must-have eggplant parmigiana sandwich.

At I love Orphans Kitchen, the Māori-inspired sustainable menu runs from crumpets with burnt butter and honey to kūmara chips and kawakawa tea.

“Forest, a plant-based restaurant in Eden Terrace, is unique. Wild plants and parts of produce that are normally destined for the bin are used to create remarkable dishes. I loved the chilled tomato soup with baby beets and turnips, and the cucumber and lemon leaf popsicle.”

Annabel’s on Ponsonby Road is cited as “the perfect place to sip an aperitif [and] tuck into cheese and charcuterie boards,” while tucked away downtown is La Fuente, a wine and mezcal bar with a Mexican twist.

Originally from West Auckland, Heather Kaniuk is the co-founder of Longboys finger doughnuts and the former executive pastry chef at in two of the most prestigious 5-star hotels in London – the Shangri-La At the Shard in London and the Mandarin Oriental, Hyde Park.

Prior to this she oversaw production for the Hakkasan Groups’ Michelin-starred dimsum tea-house, Yauatcha, and its retail patisserie outlets. She worked as a Head Chef aboard super yachts, and spent time refining her bakery skills in America and Canada. Here she undertook several internships and stages including at The French Laundry (3* Michelin), The French Pastry School of Chicago, and The San Francisco Baking Institute. Returning to London, she obtained a first class honours degree in Hospitality Management from the University of West London. Heather has won awards locally and globally, including winning Best Contemporary Afternoon Tea in the London Afternoon Tea Awards (2016). She has been featured in Cap’Recette Style (2018), La Journal du Patissier (2017), The Staff Canteen and numerous online sites. (From NZ Society UK).