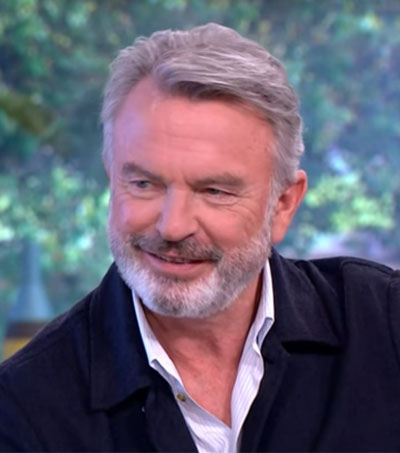 Sam Neill: From Heartthrob To Vintner

Sam Neill of New Zealand’s Central Otago winery Two Paddocks, who is better known as an actor told the Financial Times’ Jancis Robinson that he “puts all his energy “into making beautiful wine and creating beautiful places”.

“To judge from his tweets and chronicles on the website of Two Paddocks, Neill should really have been a comic writer,” writes Robinson.

Neill has been an actor since 1975 and “has seamlessly made the transition from heartthrob (Reilly, Ace of Spies, 1983) to grumpy but still easy-on-the-eye old man (Hunt for the Wilderpeople, 2016)”.

According to Robinson, “it is hardly surprising that Neill decided to invest the money he has made from his admirably steady stream of roles in drink,” as his father took over the family liquor business in Dunedin and his “great-great-great-grandfather’s brother Benjamin Ingham was a Marsala magnate with a contract to supply the British navy with this once-popular Sicilian wine.”

“Dad always wondered why there weren’t vineyards in Central Otago,” said Neill, “whose first foray into viticulture was planting five acres of Pinot Noir in Gibbston.” Later on he invested in a 130-acre Red Bank farm, also in Alexandra, which is now the headquarters of Two Paddocks and “Neill’s comfortable rural home where he enjoys playing the squire.” Now he also has “a foot in Bannockburn” – “the Pinot Noir from this vineyard is destined for his third Proprietor’s Reserve bottling.”

When asked what he was most proud of as a vintner, Neill said he was “very intent these days on these vineyards being a legacy.”

“With all my vineyards, and especially Red Bank, I’m as much interested in the landscape as in what’s produced. So we’re organic etc. and we spend lots of time planting trees and getting the native birds back. We have all sorts of plants and animals for the good of the place. All we ask of these ridiculous cattle we have, for instance, is that they poo on a regular basis for our organic vineyards.”