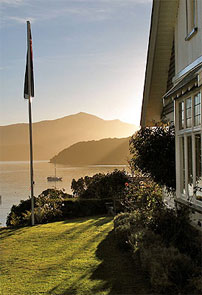 Out of the Blue Accolades

Akaroa lodge Maison de la Mer has been named fourth-best bed and breakfast to stay in the world by leading online guide Tripadvisor. Owner Bruce Hyland said that after the award was announced, the Maison de la Mer site had a gigantic spike in online hits. “We were just bowled over when we received the award,” Hyland said. “We had no idea anything like that was coming.” The Maison de la Mer bed and breakfast is closed through the winter, but Hyland expected to go straight into a “very busy” season when it reopens in September. “We are the first place in New Zealand to win this award and we expect a huge response as we are away from the quake zone and Akaroa is a great alternative to Christchurch,” he said.