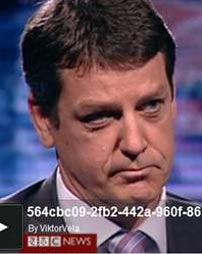 New Zealander Stephen Jennings, industrialist, investment banker and CEO of Moscow-based Renaissance Group, discusses the issues surrounding wealth creation in Russia, and doing business in Africa, on BBC Hardtalk. Jennings contends that Africa is the world’s fastest growing economy and the source of immense resources – mineral, agriculture, and people – in the coming decade. Jennings says his company has over 25 projects across the continent and will continue investing as much as US$2 billion as infrastructure develops. While continuing to invest and manage projects in Russia, it is clearly Africa that has his passion. “We have promoted the African story to investors globally. What does Africa need from the West? Africa needs trade flows and capital flows. Africa is driving huge market development, but if we all sit on the sidelines and say it’s too difficult and it’s too dirty and we can’t get involved, that isn’t going to happen.” Elsewhere he remarks that “it’s hard to imagine now, but in 197, per capita GDP in China was less than that of Africa.” Asked about his label as the “Kiwi Oligarch”, Jennings replies “half right”.