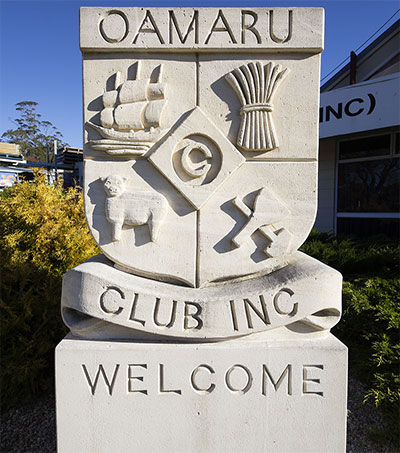 “It’s the kind of town where the public toilets remain open after dusk without being vandalised, and where the grand width of the rather beautiful main street is a reminder of busier days. And yet. For the last couple of weeks Oamaru been a literal hotbed of live rock‘n’roll action, from ferocious Polynesian metal to spiky feminist punk,” Fraser Lewry writes for UK-based music platform, Louder.

Lewry attends four gigs seeing 10 bands in one week, including: Hamilton group Devilskin and the Jordan Luck Band at the Oamaru Club, then Wellington duo Earth Tongue and Aucklanders Dick Move at the Settler Theatre.

“[The week was] a glorious reminder of the power live music has to transform. Its power to amuse. Its power to startle. Its power to challenge preconceptions, and to change the way you think. Its power to make you forget what’s rotten and broken in this poisoned, divided world and to make your heart pound with undiluted glee,” Lewry writes.

“And no, Oamaru isn’t the rock‘n’roll capital of the universe. It’s far too pretty for that.

“But for a short few days it sure as hell felt like it.”