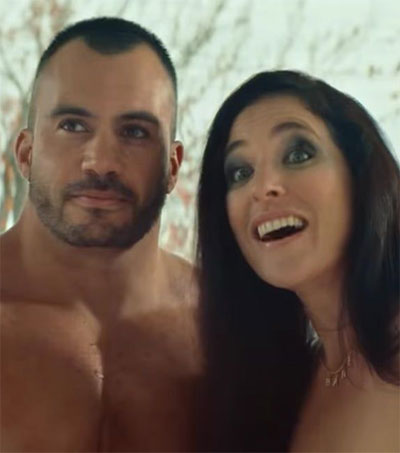 The New Zealand-made Keep It Real Online advertising campaign that reminds parents to speak to their children about the pitfalls of pornography and other internet harms quickly went viral when it was released in late 2020. Amanda Siebert reports on the success of the ad for Forbes.

The video shows two naked actors posing as adult film stars, who knock on the door of a family home and are greeted by a woman in a housecoat, Siebert describes.

“We’re here cause your son just looked us up online, you know, to watch us,” says the female actress. “We usually perform for adults, but your son’s just a kid.”

The ad from the Department of Internal Affairs, and created by Auckland-based creative agency Motion Sickness, is part of a new safety campaign that seeks to provide parents and caregivers with tools and information to help tackle challenges of the digital age.

A spokeswoman for the video campaign recently told the Japan Times that the response to it has been “overwhelming,” reaching more than 11 million views across several videos in the first week. The porn-focused advertisement has seen the most attention, with 3 million views on YouTube so far.