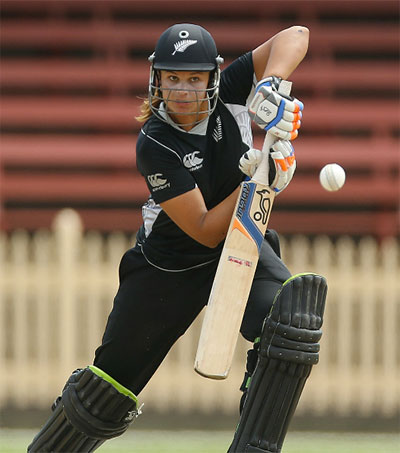 “White Ferns captain extraordinaire, Bates [No 2] has shown the sort of consistency that has kept her in the ‘best in the world’ conversation for at least the last half of her 12 years on the international scene,” the Guardian writes. “Bates is a batting all-rounder who has seen and done it all in the game. It is telling that even for her franchise sides – the Vipers and Scorchers – she takes on captaincy duties, while also putting in performances. She hit a maiden international hundred at 19, and helped New Zealand to their first World Cup title two years later. Has seven ODI hundreds in the last seven years, which has seen her elevated to No 2 in the ICC rankings. She holds the same position in the T20 format, too.

“An all-rounder by trade, it is Satterthwaite’s [No 10] batting that has brought her the most plaudits. Since the start of 2016 she has hit four of six ODI hundreds, which is impressive enough until you consider that those four were scored in consecutive innings.”

Devine, who comes in at No 19, is a “destructive batter” who “calls on her previous life as a hockey player for New Zealand to blitz opposition attacks”.