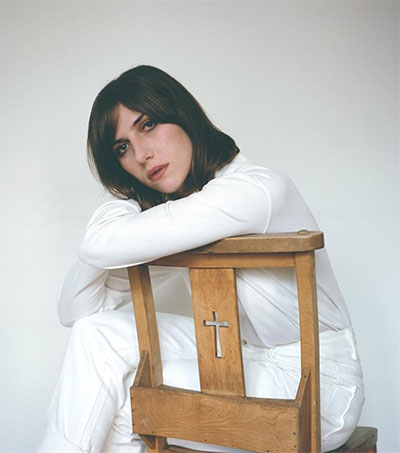 “Intensity in songs often expresses itself as volume – a loud guitar, a scream, a piercing synth line. But in the case of Aldous Harding it’s in the spaces, the pauses, and her unique delivery,” Bob Boilen writes for America’s National Public Radio (NPR). “Watch her Tiny Desk Concert and you can see this in her facial expressions and body posture.

“The first song she performs, Imagining My Man, is about what she calls the tender and frightening thoughts that come with being in love,’ and what you witness while watching her are often painful, pensive expressions that are as important to the song as the notes being played.

“Harding is a singer from New Zealand who’s inspired by British folk singer Vashti Bunyan, but making something truly unique and her own. Party, her second album, is full of deeply personal songs with memorable melodies and spare instrumentation that linger in my head long after the headphone batteries have drained. It’ll certainly be a favourite on my year-end list.”

Currently on tour in the United States, Harding also has an upcoming show at Germany’s Haldern Pop Festival on 11 August.

Harding was born in Auckland in 1990.