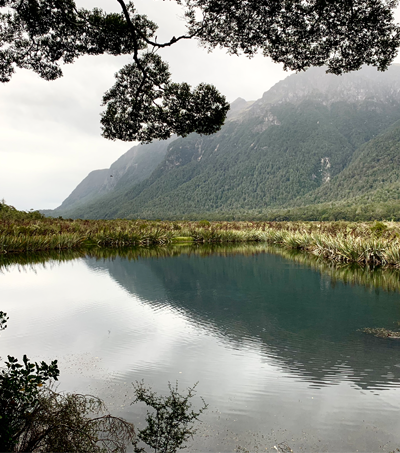 Then & Now: NZ’s Natural Beauty on Display in Turn-of-the-Century Photos

A series of turn-of-the-century photocroms, published by MailOnline’s Tim Stickings, reveal the beauty of the New Zealand landscape a hundred years ago.

The colour photographs of the country’s mountains, lakes and fjords “were reproduced from black and white negatives using the early photochrom technique pioneered in the 1880s by the Swiss chemist Hans Jakob Schmid,” Stickings explains.

Among them are recognizable landmarks like the Huka Falls, a 36-ft waterfall in the North Island formed from the Waikato River, and the majestic Milford Sound on the west coast of the South Island, reminiscent of Norwegian fjords and once called the “eighth wonder of the world” by Rudyard Kipling.

The photos also feature the Otira Gorge near Arthur’s Pass, the thermal baths at Rotorua, the Wairoa Geyser and Lake Te Anau, a 133 square mile-long glacial lake part of the Te Wahipounamu UNESCO World Heritage site, among others.

“The influence of the country’s native Maori culture is also seen in a portrait of an indigenous girl and a group of Maori people [who] stand before their ornately carved house, wearing traditional outfits.”

These images aim to show New Zealand’s natural beauty and how it has changed in the last one hundred years. To show the passage of time, Stickings posts the old photocroms with modern day photographs of the same locations, including a picture of the Auckland skyline from the early 1900s and one of the former capital today.

“The Southern Hemisphere nation is often regarded as one of the most beautiful countries in the world,” Stickings writes about New Zealand. “A reputation cemented by its portrayal of Tolkien’s Middle Earth on The Lord of the Rings and Hobbit film sets.”