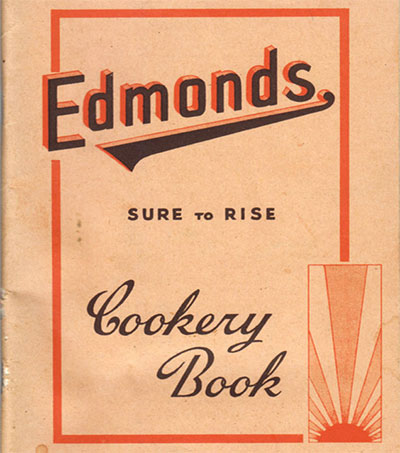 No New Zealander Could Be Without It

A “dog-eared friend with a sentimental association read ritually every year seemed not to exist for me,” president and general director of San Francisco male chorus Chanticleer Christine Bullin tells the San Francisco Chronicle. “Until into my mind popped my native country New Zealand’s best-selling book ever, Edmonds Cookery Book, a now-battered copy given me by my mother because no New Zealander could be without it.

“There was neither wine nor ‘cuisine’ when I grew up there; there was roast lamb every single Sunday. But daily delights came from Edmonds. Everybody used it to produce the baked goods and desserts that were New Zealand’s special contribution to the food of the British Empire. To linger over the names – Afghans, Albert Squares, Anzac biscuits, Pavlova, Lamingtons, Hokey Pokey, Brandy Snaps – is to evoke the history of the early 20th century, not to mention butter-and-cream-filled afternoon teas, long ago in a country far away.”

Bullin is former director of the San Francisco Opera Center. She has been with Chanticleer since 1999.