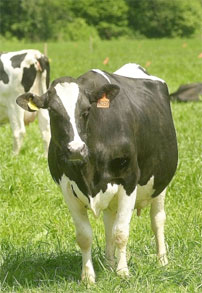 AgResearch scientists have genetically engineered a cow to produce anti-allergy milk. They hope the technique, which uses a process called RNA interference that reduces the activity of certain genes without eliminating it completely, can be used to control other traits in livestock. “In developed countries, 2-3 per cent of infants are allergic to cows’ milk proteins in the first year of life,” the researchers said in a paper published in the Proceedings of the National Academy of Sciences. Bruce Whitelaw, professor of animal biotechnology at the University of Edinburgh, said the New Zealand research was “certainly a milestone study in this field”.