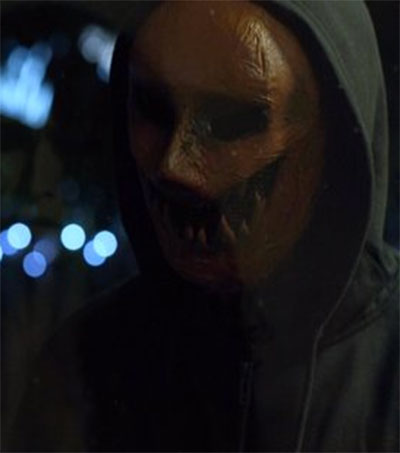 Slasher film No Caller I.D., which was shot in one night and on a three-figure budget, has been accepted into Hollywood’s prestigious Screamfest Horror Film Festival.

Best friends Guy Pigden and Harley Neville shot the nine-minute short film in their Grey Lynn living room with a crew of seven, $200 and a dog in January. The film follows a woman who finds herself in danger after she answers her phone and is attacked by a home intruder.

The filmmakers, who run Pigville Productions, a marriage of their last names, guarantee the end has a twist.

Screamfest is the largest and longest-running horror film festival in the United States. Films like Paranormal Activity, 30 Days Of Night and The Human Centipede were discovered at the festival.

Pigden, 33, who wrote the script, said the story was inspired by his call centre job where he telephones people whose alarms have stopped working.

“I always thought it was interesting that we had a window into people’s lives, but they didn’t know anything about us,” Pigden says. “I wanted to explore if there was someone who had those details but had a more sinister motive.”

Pigden and Neville’s feature film I Survived a Zombie Holocaust came out in 2014. It also screened at Screamfest.

No Caller I.D. premieres in the Northern Hemisphere at the Screamfest Horror Film Festival on 23 October.