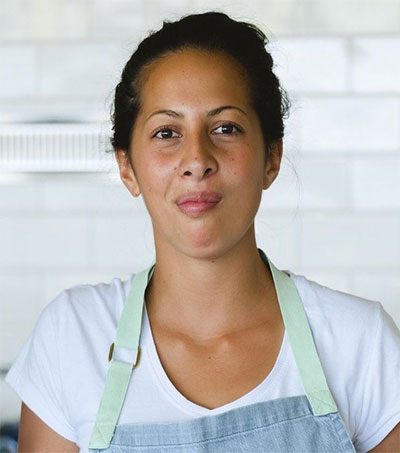 Tents, fire pits and the great outdoors might not be the first things you think of when you consider “fine dining,” but Fiso aims to change that. Fiso is the chef and creative force behind Hiakai, a series of Māori-focused pop-ups she started two years ago. The series is devoted to exploring and promoting traditional cooking methods and ingredients of Māori; Fiso has incorporated ingredients such as kawakawa leaves and pūhā in dishes including ice cream, pasta and crackers. And as the Māori-Samoan chef has worked to change others’ perception of Māori cuisine, she’s learned a lot herself.

The Los Angeles Times recently spoke over the phone with Fiso about Hiakai, the evolution of Māori cuisine and her plans for the future.

Fiso told the Times she always wanted to work in serious kitchens.

“I started in kitchens when I was about 14, and I went to culinary school at 17 and studied fine dining around the same age. I left New Zealand at 21 and moved to New York because I wanted to work in Michelin-starred kitchens,” Fiso said.

“I did that for about two and a half years and then came home. I noticed the lack of Māori representation in New Zealand, and so I decided to explore that with food.

“When I started out doing Hiakai, I was like, ‘What you need to do is just cook these dishes better than the previous guy would do.’ But then when I started really getting into it, and trying to get the ingredients for the dishes I had in mind, I found for many I coudn’t get them commercially. That’s when it dawned on me that, well, maybe there aren’t Māori restaurants because first you need to build a supply chain.

“I had to go around and check different national parks to see what’s going on in them and forage from there. The big goal I’ve been working on is building suppliers.”

Fiso also said there is no reason why communal eating, like at a hāngi, can’t be considered fine dining.

“It’s just about making sure that the flavours are on point, the execution is right and that it’s worked in a way that it makes sense to the entire progression of the menu,” she said.

“The bricks-and-mortar is happening. Now I feel like the supply chain is strong enough that it can happen. And that people understand that there’s more to Māori cuisine.”

Hiakai won the 2017 award in Māori Development at the New Zealand Innovation Awards.