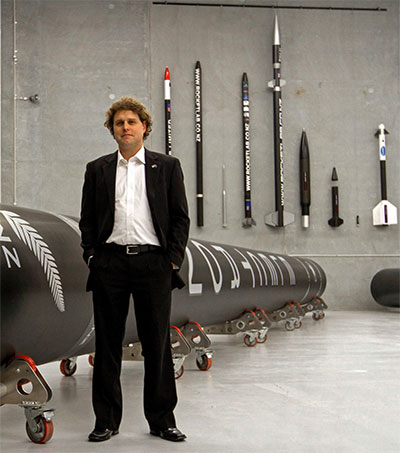 Instead of blanketing area investors with meeting requests, Beck focused on a select few venture capital firms that were knowledgeable about space. The decision paid off. Rocket Lab secured A-round funding from Khosla Ventures, a firm that previously had invested in Skybox Imaging, which launched small satellites to capture images of Earth.

Rocket Lab plans to give small satellites a dedicated ride to space, unlike the usual method of “piggybacking” on launches with larger satellites and other cargo. That gives customers a more precise launch window and an ability to position the satellite more precisely. The company recently completed construction of its launch pad in New Zealand.

The first test flight of Rocket Lab’s Electron rocket is planned for sometime in the next couple of months. Rocket Lab already has contracts with NASA and Earth-imaging firm Planet to launch small satellites.

Beck said space is “on the tipping point” of being a more commercial domain, meaning his pitches to investors boil down to the impending normalcy of conducting business in orbit.

“The way I describe Rocket Lab to investors is, yes, there’s fire and there’s rockets,” he said. “But at the end of the day, we’re a glorified freight company.”