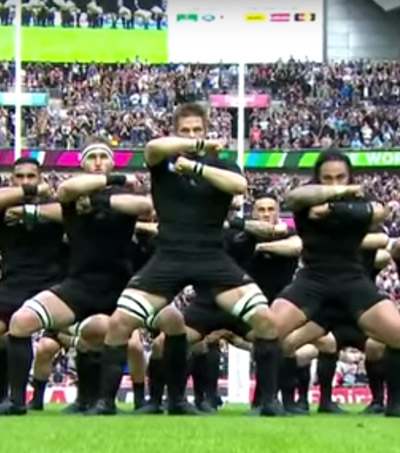 The New Zealand haka – “a traditional Maori dance, a sequence of foot-stomping, tongue-wagging and violent gesticulation, accompanied by deep, rhythmic chanting “is an intimidating sight for any opponent”, writes Ishaan Tharoor for The Washington Post.

According to the article the haka, whose origins lie in the inter-tribal wars of New Zealand’s Maori, “is as vivid a metaphor (for nationalism) you’ll ever find”.

By definition a nation is “a large-scale solidarity, constituted by the feeling of the sacrifices that one has made in the past and of those that one is prepared to make in the future,” as described by Ernest Renan, a 19th century French philologist.

The haka captures all that: “First the solidarity of warriors – both of Maori and non-Maori descent – fighting for a common future. And then a recognition of an almost sacred past.”

Today the haka is performed at a variety of celebrations as well as ahead of sports matches.