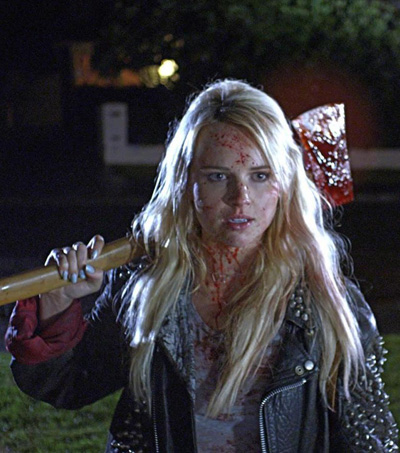 New Zealand is once again making a name for itself in the horror genre with Deathgasm thanks to Kiwi producer Ant Timpson.

“With a title like Deathgasm, filmmaker Jason Lei Howden could have been setting himself up for utter disaster –  thankfully that’s far from the case” proclaims Matt Donato – movie reviewer for we got this covered.

Deathgasm started as a one-line pitch accompanied by a synopsis and a poster that was submitted to a contest in which four hundred projects were put forward.

In Deathgasm, Brodie (Milo Cawthorne) and Zakk (James Blake) form a band, and sing lyrics to an ancient Satanic ritual, which unleash a horde of demons onto the town.

The idea won the contest because it resonates well with international audiences according to Ant Timpson.

“New Zealand need(s) to start making films that could speak to an international audience, because we don’t have a big enough population to make the domestic market viable back home”.

The movie is one of the most anticipated films of South by Southwest of 2015.