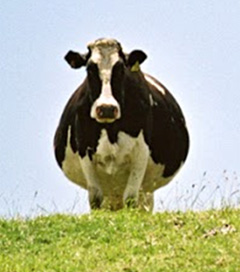 New Zealand’s cows come home in its own commodities boom

“And they are feeling good. An ANZ bank survey this month found NZ businesses the most confident they’ve been since 1994. House prices and wages are rising and consumers are spending more – the government is expecting consumption growth of 2.8 per cent while Australia struggles to manage 2 per cent.

“New Zealand’s terms of trade are at their highest since 1974, giving the average Kiwi sharply stronger buying power. It’s not so expensive for Kiwis to visit the relatives in Australia – but the land of the strangled dipthong is no longer a cheap holiday for Australians. The Kiwi dollar started the year above $1.26 to the Aussie. It’s finishing at $1.09.

“Milk powder prices are up by more than 50 per cent this year and China has overtaken Australia as New Zealand’s biggest trading partner. Fonterra, the world’s biggest dairy exporter, can’t keep up with the demand and finds itself caught by its cheese and butter operations holding back overall performance.

“Given the direction of the New Zealand currency, we might have left it a wee bit late to stock up on five-eighths and sauvignon blanc.”

The 80 comments on the article traverse Australia’s economic prospects and also New Zealand’s Australian diaspora. One example, from Auckland…

…. “Just think if we shipped them all back Sydney’s housing market woes would be solved”. Well – firstly, your comment reflects a misunderstanding of ALL the market/economic forces at play in the presently over heated Sydney housing market. Blaming kiwi trans Tasman migration alone for the state of Sydney’s housing market is a simplistic generalisation, unhelpful in its connotations as they relate to N.Z. migrants. The other point I’d like to make is this – as the article points out, the Australian Government has done well out of its kiwi migrants. Of all migrant groups in Australia, New Zealanders have the highest percentage participation rate in the Australian work force. The tax take from kiwis working in Australia adds about 1 billion Australian dollars to Federal coffers each year. Between 300,000 and 400,00 of those workers, who arrived to live and work in Australia from 2001 onwards, pay full taxes, but receive nothing back from the Australian Government, apart from emergency Medicare coverage. They are “non protected temporary residents”. To date, there are migrants who have worked/paid taxes for the last 13 years in Australia. Tax payers with no rights/entitlements or benefits from the Government. If they are made redundant, or suffer serious illness or accident and cannot work, they must return to N.Z. This despite the fact they may have well established lives in Australia, owning homes, businesses, and have Australian born children.They must pay the NDIS levy, but have no right to access it or depend on the scheme should they suffer disability through an accident. The Australian Government would never “ship” these people back to N.Z. They represent a nice little tax earner for the Federal Government coffers.Here are a pool of thousands of workers they fully tax, and give nothing back to. Shabby treatment at best, discrimination based on N.Z. Nationality at worst.”