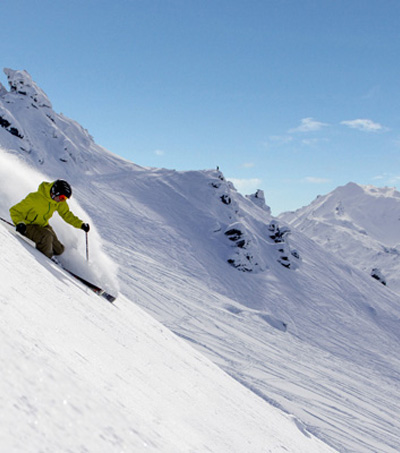 After a phenomenal start to the season and continuing snowfalls, both Coronet Peak and Mt Hutt ski resorts in New Zealand may stay open longer than the usual. Ordinarily the season runs from mid-June to late September or early October.

According to NZSki, which runs skiing fields at Coronet Peak, the Remarkables and Mt Hutt, a record number of visitors has been observed this season.

“Both of our Queenstown mountains and Mt Hutt have enjoyed an amazing season. This great snow cover is expected to extend through to October, making the most of spring skiing, which has the advantage of milder temperatures and longer daylight hours,” said Craig Douglas, general manager of marketing at NZSki.

Snow base depth at Coronet Peak has increased from 75cm to 165 cm this year and Treble Cone enjoyed almost half a metre of fresh snow last week.

In total New Zealand has 23 ski areas, which depending on the snow conditions receive a combined 1.4 – 1.6 million visitors each year.