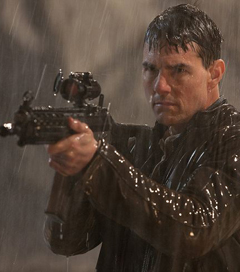 Ever seen a movie trailer, then gone to the film and noticed something major was missing? Well, J Congdon, eagle eyed New Zealand film-goer, certainly did. But, unlike most, he did something about his upset with missing the deleted scene, reports The Daily Mail. Congdon complained to New Zealand’s Advertising Standards Authority (ASA), the regulator of advertising content, that the trailer was misleading. His complaint was over the movie Jack Reacher. Congdon told the ASA that the film’s trailer included a huge explosion as ‘the defining part of the ad’ but that the explosion was not in the film. He told the ASA that the explosion ‘made me really want to go and see the movie, aside from having Tom Cruise in it’, according to the Mail. At first, Paramount defended the omission. It said that trailers were often made before a film’s final edit. But, in the end, Paramount conceded defeat. Mr. Congdon was refunded his ticket price in full. The Mail asked Paramount why the explosion did not make the final cut. It has yet to receive a response.