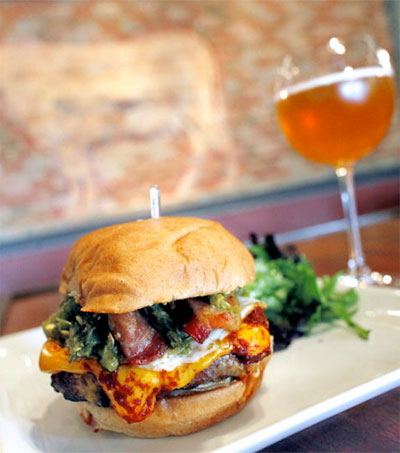 New Zealand-Inspired US Burger Bach Cookin’ Up our Beef

Burger Bach, a New Zealand-inspired gastropub chain based in Virginia, has plans for a third restaurant south in the North Carolina city of Durham. The chain’s point of difference in a country not short of burgers is the New Zealand-sourced beef and lamb.

“We have an extremely supportive relationship with our New Zealand farm suppliers,” Brantingham says.

Burger Bach also imports its bottled water, Waiwera, and most of its beer, wine and spirits from the Southern Hemisphere.

“By the way,” the Triangle Business Journal explains, “‘bach’ in New Zealand and Australia would be a term similar to vacation home or destination.”

“The bach is where you go to relax,” Brantingham says.

“So cheers, mate, have a squiz at the menu, and eat up … you’ll be dead chuffed!” the Burger Bach website says.