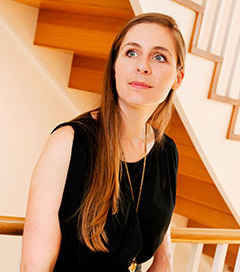 New Zealand writer, Eleanor Catton’s book, The Luminaries, has been short-listed for the illustrious Man Booker Prize, becoming the youngest person to ever make the list. The 28-year-old’s book, about the New Zealand goldrush in the 1860s, was nominated along with five other books from across the globe.

The Luminaries, only Catton’s second novel, was described by The Guardian’s Lucy Scholes, as ‘one of the most beautiful and intricately mapped pieces I’ve ever seen’.

Catton is excited about the wider impacts the shortlisting will have on the New Zealand literary community.

“I’m especially excited about the writers of my generation and I am happy that, whatever the outcome of the prize, the shortlisting will help to raise the profile of New Zealand literature elsewhere,” Catton said.

The winner of the Man Booker Prize will be announced 15 October at a black-tie event and will receive a cash prize of £50,000.