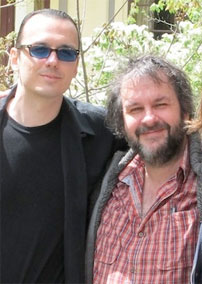 New Zealand a Place of Healing

West of Memphis, produced by Peter Jackson and directed by American filmmaker Amy Berg, has had its premiere in Wellington as part of the New Zealand International Film Festival. The film centres on Damien Echols, one of the West Memphis Three convicted of the 1993 murders of three eight-year-old boys in West Memphis, Arkansas. As the film’s closing credits rolled, the 800 audience members at the sold-out Embassy Theatre screening gave a standing ovation, ahead of a question and answer session with Jackson, Echols and his wife and number one campaigner, Lorri Davis. Echols says New Zealand has been an incredibly healing place for him. “Even when I hear the New Zealand accent now, it gives me that feeling of home, just because it took me in when I didn’t have anywhere else to go, and it gave me time just to rest,” Echols said.