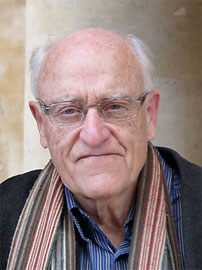 Award-winning New Zealand novelist C.K. Stead, 80, was a guest on BBC series The Forum talking about his latest novel, Risk, which tells the story of a lawyer who turns to banking on the eve of the financial crisis in 2008. Asked why he chose the shadowy world of international finance as a backdrop, Stead said: “It’s always hard to say once you’ve done a novel what you were thinking when you began. I think I was trying to give an image of the first decade of the 21st century — [to write] a contemporary novel.” Stead explains that even though New Zealand is geographically far away, “the world of finance is international; nobody’s unaffected wherever they are.” Stead holds the position of Emeritus Professor of English of the University of Auckland.