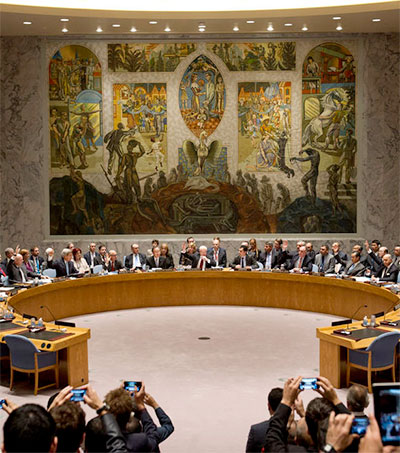 New Zealand has won a seat on the United Nations Security Council (UNSC). The 15-member council has five permanent members – the US, UK, France, Russia and China – and 10 non-permanent seats, filled on a rotating basis.

New Zealand secured 145 votes in the 193-nation General Assembly to win a non-permanent seat alongside Spain, Angola, Malaysia and Venezuela.

Prime Minister John Key vowed that New Zealand would be a “small country with a loud voice.”

The conservative leader said New Zealand’s success should encourage other small nations to run for a seat on the council, which is primarily charged with the maintenance of international peace and security.

Foreign Minister Murray McCully and New Zealand’s Ambassador to the UN, Jim McLay, were at the General Assembly in New York for the vote.

It is 20 years since New Zealand last held a seat on the council.

New Zealand, Spain, Angola, Malaysia and Venezuela will begin their two-year terms on the council in January.

They will join five other non-permanent members: Chad, Chile, Jordan, Lithuania and Nigeria.