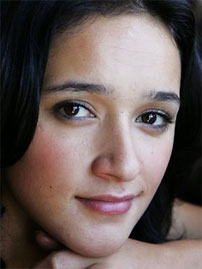 Oscar-nominated actress Keisha Castle-Hughes, 22, who starred in Niki Caro’s smash hit film Whale Rider, takes the role of Priya in an American sci-fi pilot called Rewind. Castle-Hughes will play a “behavioral anthropologist who provides analytical context to the project and the missions, and whose knowledge of history extends beyond the boundaries of fact”.