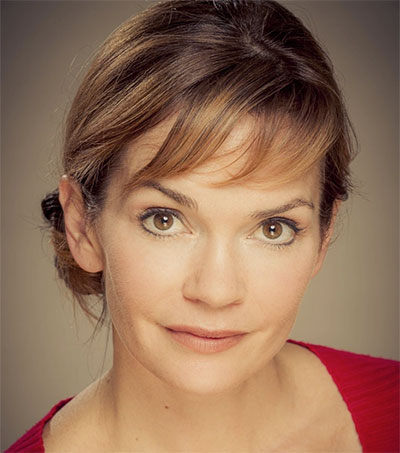 Wellington-based actress Nathalie Boltt has been missing fish and chips on the beach with her husband and son. The Riverdale star (she plays Penelope Blossom) is originally from South Africa but its her adopted home of New Zealand she’s missing as she films the Netflix hit in Vancouver, Canada.

Boltt, 43, has lived in Wellington since she moved there in 2008 for work.

Her husband Philip has worked in motion editing for Peter Jackson at Weta Digital and Boltt has starred in a number of New Zealand productions including District 9 and Step Dave.

For the past year, Boltt has been working on the set for Riverdale, the show based on the Archie Comics she grew up reading.

“I was a huge fan of Archie comics, we got them in South Africa and I used to run off to the local dairy and buy a lolly and some Archie comics. It is sort of weird to see this squeaky clean child obsession now mixed-up with a more adult world,” Boltt said.

Despite being away from New Zealand Boltt admits that it has still felt like home for one reason: KJ Apa.

Auckland-born Apa, 19, has gone from the small screens of Shortland Street to the big time of Riverdale as the lead character, Archie Andrews.

“He brings that Kiwi vibe with him that keeps everyone in good spirits and I think it just shows how we do things in New Zealand, which is without much fuss,” Boltt said.