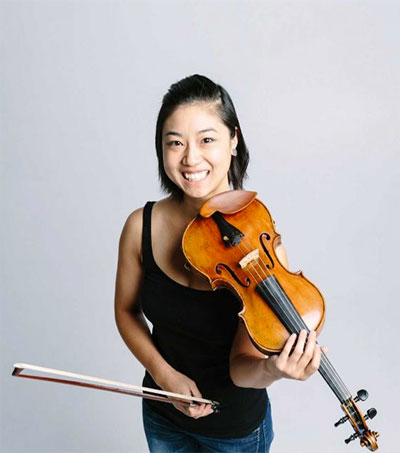 Natalie Lin Does Away with the Conductor

“I lead the ensemble with my violin. It’s an exploration of chamber music on a larger scale,” Lin says.

Even though the city already has several small orchestras, she thinks the time has come for one more.

“I really love Houston,” Lin says. “For such a big city, it’s not as saturated by the arts as places like New York or London. I think there’s room for growth, and that’s one of the reasons why I wanted to start something here.”

Her fascination with musician-led orchestras goes back to her youth in Auckland, hearing the Australian Chamber Orchestra when the maestro-less ensemble was touring in New Zealand. She also played in self-directed orchestras during her high school years.

More recently, she’s played in the Scottish Chamber Orchestra and other conductorless ensembles in Britain.

Lin is completing a doctorate at Rice University. To fill her new orchestra, she looked to other young musicians she’s come to know in Houston.

“Kinetic started as a project for my degree at Rice. I have a core group who serve as the principals in the orchestra – and all of them are my friends.”