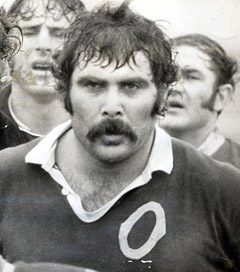 Before taking care of business in Wales, the All Blacks made a pilgrimage to the hotel where one of their own went down fighting before disappearing without trace, the Daily Mail reports. They went to pay their respects to Keith Murdoch, just as successive New Zealand teams have done as a show of solidarity for the fugitive whom the establishment kicked into oblivion 40 years ago. The Murdoch Memorial, initiated by a few of his contemporaries on the same British tour, has become an All Black ritual. “A few of us first made a point of going to the bottom bar at The Angel when Wales staged the World Cup,” former All Black captain Tane Norton said. “We’d go for a quiet beer and talk about Keith. We never leave Wales without doing that and it’s good to know that the current All Blacks are doing the same.”