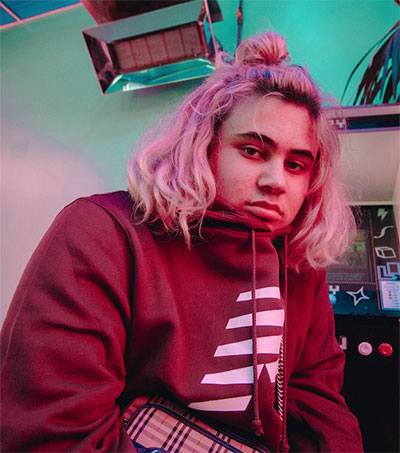 Yuki’s goal in life is to avoid staying dormant creatively, according to Ryan Feyre writing for online music news platform, Atwood Magazine. Homogeneity in music is never a good thing when there’s too much inspiration in the world. The 19-year-old Hamilton producer understands this because he grew up in an environment where chasing your dreams was encouraged from a young age.

According to Yuki, it’s alright to be vulnerable or do whatever you want in his home country of New Zealand. Everyone is super laid back.

With these principles in mind, Yuki (his real name is Hugo Chan) began making music at 16 and established a network of friends who supported him and vice versa, Feyre writes. Yuki then produced multiple tracks on Jaden’s 2019 album EYRS, with the most notable one being the Tyler the Creator-assisted “NOIZE”. The song was featured on ESPN as the official intro to last year’s NBA playoffs.

Now in 2020, Yuki is excited to further expand his multi-faceted sound in the form of a full-length debut album titled Be Free.

“With this new album, I made it my goal to make a real professional sounding DIY album,” Yuki says.