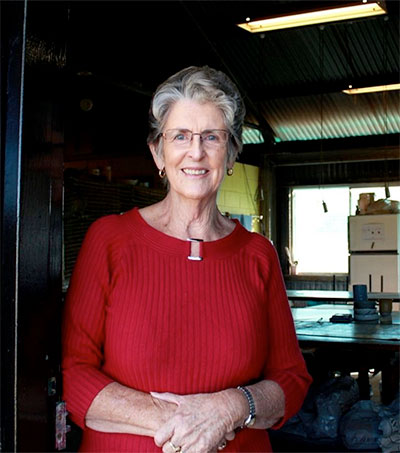 Mt Isa Potter Hopes for Renewed Interest in the Art

New Zealand-born potter Anne Dank, who has been a member of Queensland’s Mount Isa Potters Group for over forty years, is hoping to reinvigorate the club with new branding, bringing back the glory days of the 1970s and 1980s.

When Dank joined the group in 1970, things were pretty old fashioned.

“We used to go and dig for clay out in the river bed and the clay was terrible, we had had to soak it for months,” she said.

Forty four years on, Dank is still an active member of the group.

Arts on Alma has joined forces with the Mount Isa Visual Arts Society, in a bid to attract different kinds of artists to the premises.

“Those who love pottery will always love pottery, but it’s a different type of market to what young people are looking for,” Ivers says.