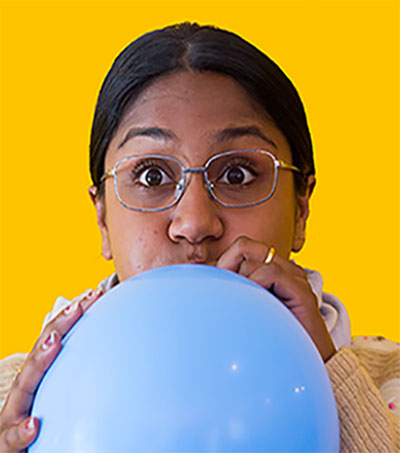 Mrs Krishnan Puts on a Party in Vancouver

Mrs Krishnan’s Party is a semi-improvised comic celebration of the southern Indian harvest festival of Onam, brought to Canada’s shores by New Zealand’s Indian Ink Theatre Company. It is reviewed by the Vancouver Sun.

“The show is slight but good-natured and open-hearted. There’s food and dance, a slim narrative, some delicious matchmaking, and one completely charming performance,” the newspaper writes.

“The story, such as it is, unfolds over the 75-minute evening mostly offstage. Since the death of her husband (whose ashes will play an interesting role), Mrs Krishnan has worked hard to make a good life for her adult son Apu, who has promised to visit her tonight for Onam. Now she has decided to sell the shop and return to India. The prospective buyers are coming tomorrow so she’s not happy that we’re making a mess of the place.

“But New Zealander James (Justin Rogers), a party boy who doubles as DJ Jimmy J, insists on jollying her up by having us all celebrate Onam together.

“Mrs Krishnan, the delightful Kalyani Nagarajan, is the catalyst who really gets the party going and makes the audience feel like family.

“For the feast, she cooks daal for us with a little help from audience members who open cans and stir ingredients. The rich smell of the cooking – turmeric, cumin, garam masala – is part of the fun.

“But the real magic is made by very funny Nagarajan with her killer smile and sly interactions with the audience. She singles out a handful of people and keeps returning to them in a series of sweet comic riffs. Quick to improvise hilarious throwaway comments, she gets the audience willingly involved.”

The Indian Ink Theatre Company was established in 1997 by co-founders Jacob Rajan and Justin Lewis.

Mrs Krishnan’s Party is on at The Cultch in Vancouver until 3 February.