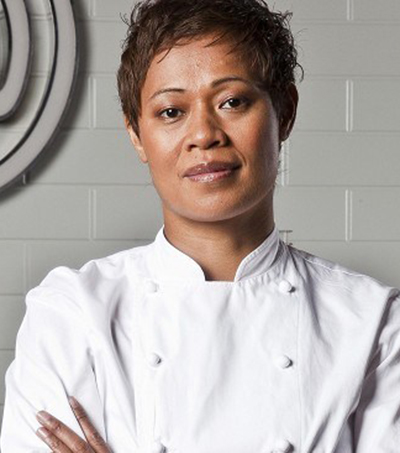 Wellington-raised chef Monica Galleti, 36, who is a judge on BBC2 cooking show MasterChef: The Professionals, will also appear alongside British chefs Marcus Wareing and Fred Sireix at the London Rumble in the Jungle event on 20 September, billed as “a white-collar boxing match”, though with saucepans. The Samoan-born Galetti has a fearsome reputation as “Miss Nasty”. UK food critic Jay Rayner noted how “her intense stare, her inability to hide even for a second her disapproval on her intensively mobile face” has turned Galetti into a cult figure on the show on which chefs compete for the title. Galetti is also sous chef at the two-Michelin-star restaurant, La Gavroche, in London, where she has worked for the past decade. Her new cookbook, Monica’s Kitchen is out now.