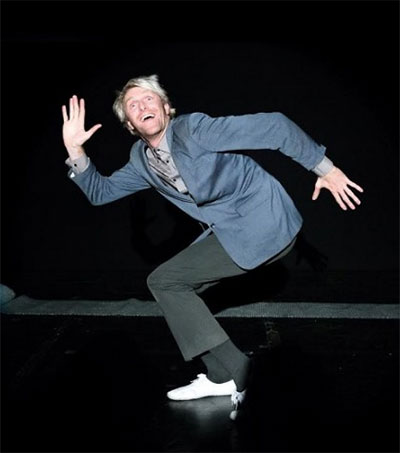 “Rubber-limbed” New Zealander Trygve Wakenshaw is “one of the most talented acts of the new mime movement,” Tristram Fane Saunders writes for the Telegraph. Trained at École Philippe Gaulier (“essentially RADA for clowns”), Wakenshaw has won a number of awards in New Zealand and Australia, and his new show Nautilus earned him a Foster’s nomination at last year’s Edinburgh Fringe.

“Compared to his edgier peers, Wakenshaw is endearingly traditional, using familiar tricks (invisible walls, climbing-the-rope, lipsyncing) in new and daring ways. Nautilus is a show that even the father of mime, Marcel Marceau, would recognise and enjoy.

“Working without props, and dressed in a plain grey suit, Wakenshaw leaps quickly between his surreal vignettes; he’s a dinosaur one moment, a self-basting chicken the next. Half the enjoyment comes from playing catch-up, though there’s rarely a moment when the audience can’t work out where (or what) he is.

“He even finds room for social commentary: a creepy lothario gropes, then milks, a cow in a night-club, only to learn with force that ‘Moo means moo.’

“Tellingly, one of his creations is a smug, stand-up comedian, whose material is so formulaic the crowd can follow each word of his wordless routine. It’s a neat trick, allowing Wakenshaw to set out his stall as a radical alternative.

“Mime may never be the new rock ’n’ roll (though David Bowie did start out as a trained mime-artist), but Wakenshaw makes a strong case for it as the new comedy.”

Nautilus is on at the Soho Theatre in London until 23 January.