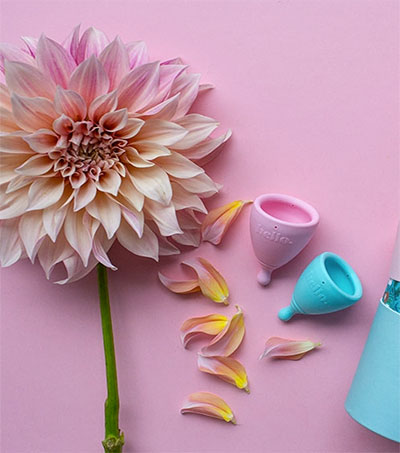 From the end of this month, Hello Cup will be sold from the well-known clothing company’s website.

McLean said the expansion would open up the United States market for the company.

“We are thrilled to be partnering with such an amazing, globally-recognised company,” McLean said.

“Urban Outfitters has a cult following and millions of loyal customers. It’s exciting to see such a large company wanting to invest in a sustainable period option.”

“We have calculated this to mean around 47 million fewer single-use sanitary items will end up in landfills around the world,” McLean said.

The expansion was helped by venture capital funding through SheEO Ventures.

SheEO, headed up by Theresa Gattung in New Zealand, is a crowd-funding initiative that brings together local women who each contribute $1000 to create a funding pool that is then distributed to the five winning ventures as a no-interest loan.

Each Hello Cup is reusable for at least five years and eliminates 33kg of waste.

Tampons and pads can take up to 500 years to break down in landfill because they contain large amounts of plastic. If used over a “period lifetime” a Hello Cup will save its owner around $7000, she said.

The company launched in December 2017 and is stocked across New Zealand, in Australia and in some boutique stores in the US.