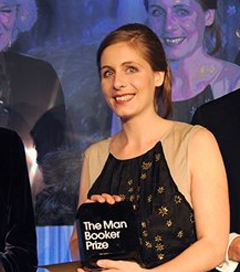 Sexism in the literary world is thriving, Man Booker prize winner Eleanor Catton says. The youngest-ever winner of one of the world’s most prestigious writing award says her book, The Luminaries, received a “bullying” reception from older male reviewers.

“People whose negative reaction has been most vehement have all been men over about 45,” Catton elaborates. “One of those things that you learn in school about any kind of bullying is that it’s always more to do with them than it is to do with you.”

The fact of her youth – she is only 28 – coupled with her gender also irritated the critics and became part of the media narrative: “I don’t see that my age has anything to do with what is between the covers of my book.

“There’s a feeling of: ‘Alright, we can tolerate [this] from a man over 50 but we are not going to be spoken to like that by you’.”

Male chauvinism extends beyond what happened to Catton to female writers generally.

“I have observed that male writers tend to get asked what they think and women what they feel,” she explains. “In my experience, and that of a lot of other women writers, all the questions coming at them from interviewers tend to be about how lucky they are to be where they are – about luck and identity and how the idea struck them.

“The interviews … seldom engage with the women as a serious thinker, a philosopher, as a person with preoccupations that are going to sustain them for their lifetime.”