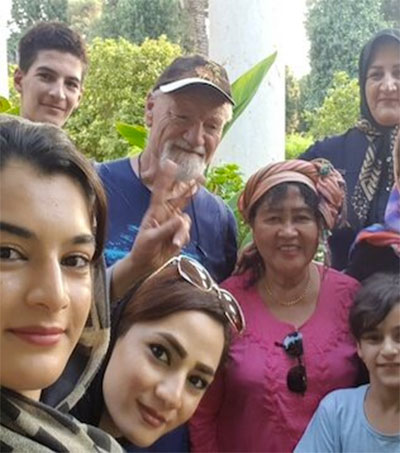 Robie spent several weeks travelling in the country on sabbatical and found that the media negativity far from the reality of the “most friendly” country he has ever visited, the Times reports.

“Iran attracts an onslaught of negative media in New Zealand and Western media. But is it fair or deserved?” the senior journalist wrote in an article recently released by Asia Pacific Report.

“Given the rising geopolitical tensions, as I was about to visit the country for several weeks as a visitor on sabbatical, I was keen to see the realities on the ground in Iran behind the sabre-rattling.”

“The headlines were chilling as we flew into Turkey and then Iran. ‘All out war’, trumpeted The New Zealand Herald, as being an imminent response to last month’s surprise drone attack knocking out almost 50 per cent of Saudi Arabia’s oil production, blaming the attack on the Islamic Republic without convincing evidence,” he explained.

“The next day the Herald belatedly ran the other side of the story, quoting Iranian President Hassan Rouhani’s response denying the allegations and warning that Iran would defend itself in the case of a US-Saudi attack while offering the ‘hand of friendship and brotherhood’ for overseeing security in the Persian Gulf.”

Robie, who covered the Asia-Pacific region for international media for more than two decades and was an associate professor at Auckland University of Technology School of Communication Studies in 2005 and a professor in 2011, concludes that “more journalists from New Zealand need to go to Iran to see for themselves.”

The 2019 Travel Risk Map, which shows the risk level around the world, puts Iran among countries with “insignificant risk”, a category where the UK, Denmark, Switzerland, Norway, and Finland are placed in.