NZEDGE  >  News  >  Sport  >  Motorsports  >  McLaren’s Legacy Captured from the Inside 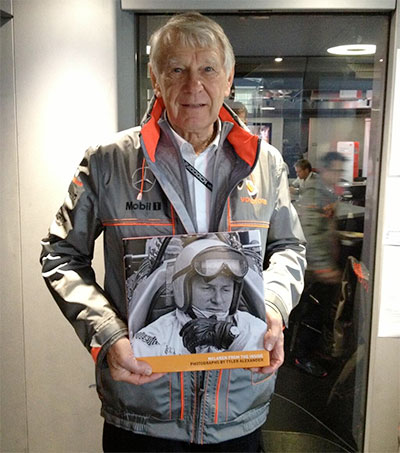 McLaren’s Legacy Captured from the Inside

Racing car legend Bruce McLaren is the subject of former mechanic American photographer, Tyler Alexander’s book McLaren From the Inside, which is reviewed in the New York Times this week.

“In 1963, Alexander (pictured), a young mechanic working in England, met a racecar driver from New Zealand named Bruce McLaren. Alexander ‘recognized that Bruce was a special person’ and soon joined the racing team that McLaren was starting.

“Today, the McLaren team is one of the hallowed names in Formula One, long outliving its founder, who was killed in a testing accident in 1970. But in 1963, the sport was not the slick, overproduced brand it is today. McLaren was just one of many gung-ho racing start-ups – part sports heroes, part barnstormers.

“Because of his role with the team, Alexander was able to capture unguarded portraits, notably of McLaren, who is seen in the most intimate photo in the book, napping on his back on a stack of tires, hands in the pockets of his white racing suit, with his feet, encased in dark loafers, propped up against a retaining wall.

“The sport’s transformation into a syndicate of megasponsors and monster egos led to diminished access, even for Alexander, something his later photos make clear as a reason racing fans often pine for the days depicted in the first part of the book.”