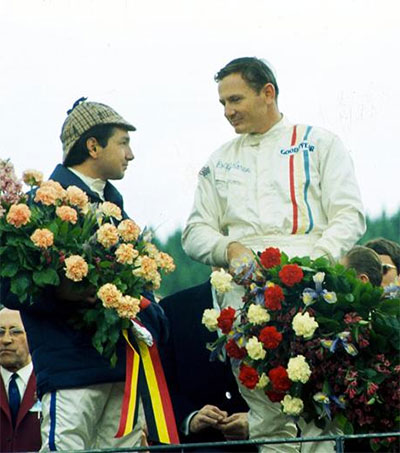 McLaren Back at Scene of Triumphs

If Formula One belongs anywhere, it is in Spa-Francorchamps and if one team belong there then they are McLaren, who approached the past weekend with optimism, if not so much for that race as for a future to match their storied past.

Spa-Francorchamps gave McLaren their first F1 win 48 years ago and while they did not win the Belgian Grand Prix hopes are already high for next season.

Spa was one of the seven circuits in the first world championship in 1950 and is one of the four of those that are still on the calendar.

In 1968, Bruce McLaren brought his Cosworth V8-powered M7A to the race. It was the third year of racing in F1 for the team set up by the New Zealander and the first in a full season. Never short on ambition, McLaren had signed his compatriot Denny Hulme, the world champion, to drive alongside him on the track in its fearsome nine-mile configuration on roads winding through the countryside, where ditches and houses awaited the unwary.

They began on the second and third rows of the grid and, after John Surtees and Chris Amon retired from the lead, Hulme was fighting with Jackie Stewart for the top spot. A drive shaft failure put paid to Hulme’s bid but McLaren, now up to second, took the flag with a wave, only to be greeted by wild exultation when he promptly pulled into the pit lane. Unbeknown to the New Zealander, Stewart had been forced to go to the pits for a splash of fuel at the death. McLaren had their first race win.

It was the first of many and Spa has continued to be a happy hunting ground for them. They are, alongside Ferrari with 12 wins, the most successful constructor to race here and some of the greatest drivers have ensured the team’s name is inextricably linked with the track.

Perhaps most notably with Ayrton Senna, who was immense round Spa, winning his first race for McLaren here in 1988 and taking three more on the trot – all during the heyday of the team’s dominant partnership with Honda.

The head of Honda’s engine team, Yusuke Hasegawa, who has spent 30 years with the company, was there when McLaren-Honda ruled F1. “I was sitting nearby to the engine team,” Hasegawa says. “They were very motivated and very strong, I feared them very much.” He is no longer afraid but has continued their ethos. “We are very aggressive, we are very motivated,” he says. “The ratio of development speed is very high, we have a very clear target to catch the opposition.”