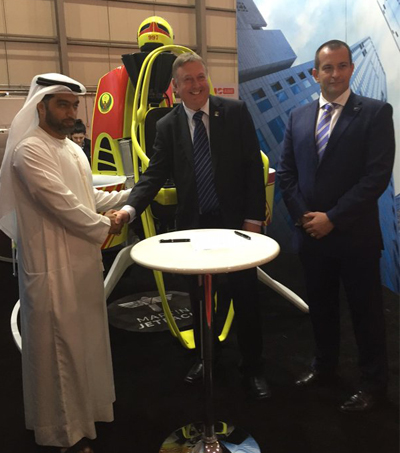 “Martin Aircraft has signed a memorandum of understanding (MOU) with Dubai to supply jetpacks and training to its civil defence and fire services”, writes Chris Pash in an article in The Business Insider.

The possible deal would involve up to 20 jetpacks and two simulators as well as initial training and operational support.

“The introduction of Martin Jetpacks into our fleet of emergency response vehicles is another example of how Dubai leads the world,” said Ali Almutawa, a lieutenant colonel in the United Arab Emirates.

The jetpacks have been developed by New Zealander Glenn Martin and will be released at an expected price of $US200,000 mid next year.

Following the announcement of the possible deal shares in Martin Aircraft jumped more than 12%.