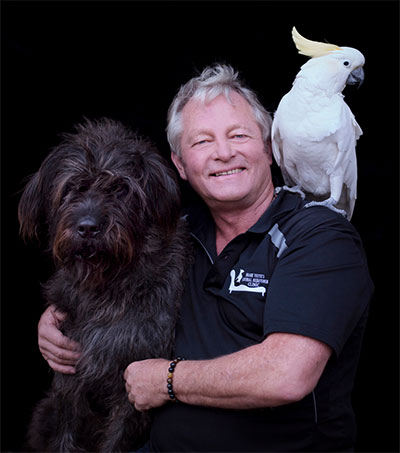 Creators of the show recruited their would-be pilot pooches not from the top ranks of “professional” dogs but from among the 120,000 dogs that are abandoned every year in Britain. The point, says series presenter Jamie Theakston, was to prove that even so-called problem dogs can exceed expectations with the right training.

“Most of us can get our dog to fetch a stick and that’s about it,” Theakston says. “But this show demonstrates they are capable of so much more than we imagined.”

The first episode showed Vette scouring rescue centres searching for dogs with the right stuff. They had to be intelligent and confident, which is certainly not a given in a dog that has been mistreated.

After much deliberation Vette and his fellow canine experts settled on 12, who over the course of the series are whittled down to three candidates for flight school. “We don’t know all their back stories but all these dogs came with baggage,” Vette says.

Unsurprisingly putting a dog in a cockpit involves overcoming exceptional challenges. “When I trained Monty to drive, the car was adapted for him so that he could reach everything with his paws but the Civil Aviation Authority would not let us modify the plane in any way,” he says.

Also, dogs rely heavily on visual cues to work out what we want of them but in a plane the dog’s handler is seated behind him, out of sight, so the dogs had to learn auditory cues. “The apparatus is very sensitive so we worked to limit it as much as possible.”