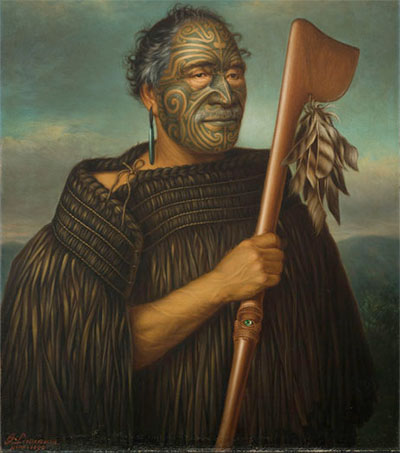 For the first time, Berlin’s Nationalgalerie, in association with Auckland Art Gallery, presents the Maori portraits of Bohemian artist Gottfried Lindauer, whose works are all but unknown outside of New Zealand.

The paintings have never left New Zealand because, for the descendants of the personalities depicted, the memory of their ancestors is a part of those living and the former are always mindful of the bonds tying successive generations to their lineage, history and identity right up to today.

Lindauer, born in 1839 in Pilsen, Bohemia (today the Czech Republic), is one of the few painters of the late 19th century to devote himself to almost exclusively depicting an indigenous people in portraits and genre paintings.

He arrived in Wellington harbour in 1874, dodging the draft in Austria, and settled in the merchant city of Auckland, where he met his patron the businessman, Henry Partridge, who wanted to record the Maori culture.

Lindauer died in 1926 and is buried in the Old Gorge cemetery in Woodville.