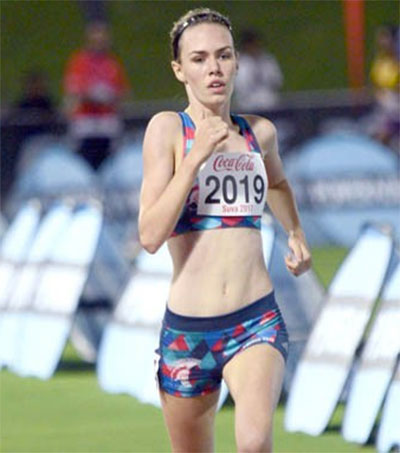 Long distance runner New Zealand-born Maia Ramsden, 15, who is a student at Fiji’s International School Suva, broke the record in the 800m and 1500m during the Coca-Cola Games in April, and is currently preparing to run in the Cross Country Championship in New Zealand next month.

Ramsden’s coach Fesaitu Mario said she is the classic example of a student athlete.

“We are really happy with Maia’s performance during the Coke Games. We have been using her as a grand ambassador for track and field to our athletes,” Mario said.

“The standards that she has set herself are not local standards. She is trying to bring herself up to the international standards.”